Create an Account - Increase your productivity, customize your experience, and engage in information you care about.

Within the borders of Surry County there are three incorporated Towns. 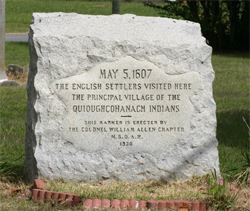 The town of Claremont sits on land first occupied by the Quiyoughcohonack Indians. In 1607, one week before the English settlers chose Jamestown Island as the location to start a new colony, they visited this site and feasted with the local Indians. A directive from England's King James prohibited them from occupying land inhabited by indigenous people, so the decision was made to move 5 miles downriver from Claremont to the place they named Jamestowne.

The first land patent in Claremont was for 200 acres granted to George Harrison in 1621. Arthur Allen purchased the land in 1656, and in 1754, William Allen built the manor house, naming it Claremont Manor in 1793. The name Claremont was generally thought to be in honor of the Royal Residence "Claremont" in the Shire of Surrey, England, birthplace of Queen Victoria.

In May 1861, Company "D" 10th Virginia Battalion of Heavy Artillery was formed and commanded by Captain William Allen, owner of Claremont Plantation in Surry County. They were sent to Jamestown Island and manned the earthworks that inadvertently covered the ruins of Jamestown settlement, by this time thought to be lost to the ages.

In 1875, William Orgain Allen died and his eldest son, also named William, decided to reside in New York and officially gave up his Claremont holdings. Joseph Franklin Mancha of Delaware bought tracts of the Claremont Manor Estate from the Allen family, from 1879 to 1882, for colonization purposes. Mancha divided the outlying areas into small tracts, selling generally to people from the North and Midwest. Mancha developed the land under the name "Claremont Colony." The town of Claremont was incorporated on January 16, 1886, with the idea of establishing a port city to rival Norfolk. Remnants of the old railroad piers remain as well as many of the old homes and retail buildings.

Claremont was served by the A&D Railroad starting in 1888. The A&D ran a narrow-gauge line from Emporia to Claremont Wharf, hauling lumber to steamships docked at the wharf. Railroad and steamship service continued into the 1930s but was discontinued as lumber was depleted. 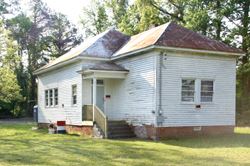 Because the first residents of Claremont were primarily from the North and Midwest where Mancha, a native of Delaware, heavily promoted his "Colony", the town had its own chapter of the Grand Army of the Republic, the first veterans' organization formed to help the widows and orphans of Northern soldiers and sailors killed in the Civil War. Claremont cemetery has a special plot and monument to Northern veterans who died there in retirement. 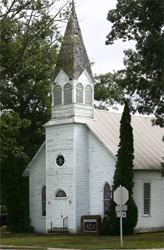 The Town of Dendron is located in Surry County, Virginia, and has a present-day population of approximately 300. Historically, Dendron was a company town - built and run by the Surry Lumber Company to house its mills and its employees. It was known as Mussel Fork Village until 1896 when it was renamed Dendron, a fitting name derived from the Greek word for trees. The years after 1896 saw rapid growth and expansion for both the company and the Town, as more people were drawn to Dendron and more housing was built. By 1906, Dendron had 1513 people, 298 dwellings, two hotels, eighteen company stores and five churches. By 1928, Dendron's population had reached nearly 3,000 people. In addition to those establishments listed above, there was also a post office, two schools, a jail, two banks, two doctors, a skating rink, a movie theater, and a number of non-company owned businesses, such as a drug store, barber shops, garages, cleaning establishments, a pool room, a restaurant, a bakery, and an ice cream parlor.

The Surry Lumber Company closed on October 27, 1927. Owning most of the Town, they had the legal right to destroy what they owned, and from 1928 until 1930, much of Dendron was dismantled. Left without significant industry, a railroad, water system, and electricity, Dendron experienced a final nightmare in February 1931 when fire destroyed 21 of the buildings along its main street.

The preceding text was derived from the "Guide to the Buildings of Surry and the American Revolution," by James Kornwolf, published in 1976. 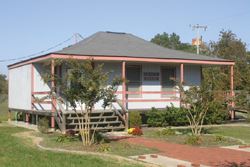 The museum brings to life the uniqueness of the Town of Dendron, once a thriving lumber mill and railroad system (Surry, Sussex and Southampton Railway or SSS Railway) until the 1930s. Open the second full weekend each month. 2:00 PM to 5:00 PM. Admission is free. 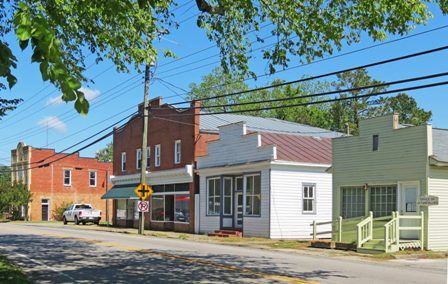 The Town of Surry received designation as an Historic District in 2017, and encloses a small crossroads community that was first settled in the mid-18th-century and later became the seat of Surry County government in 1797.

Surrounded by agricultural and forested lands, the community served as a trade and municipal center for area residents. Slow to develop, most of Surry’s early growth expanded from the Surry County Historic Courthouse complex.

During the Civil War, Confederate and Union forces occupied Surry at various times. After the war, an African American community known as Davis Town arose on the northern edge of town.

During the decades before and after the turn of the 20th century, Surry and the surrounding area experienced a small boom due to a growing regional lumber industry and construction of a railroad through the town. Another small boom occurred after World War II, following the growth of agricultural processing plants in town, and establishment of a nuclear plant nearby.

In addition to the courthouse complex, other historic buildings in the Surry district include many early 20th-century commercial buildings and several churches. During the previous century, residential construction occurred mostly on the main streets leading into and out of town. The historic architecture of Surry reflects its growth between 1820 and 1965, the period of significance for the historic district.